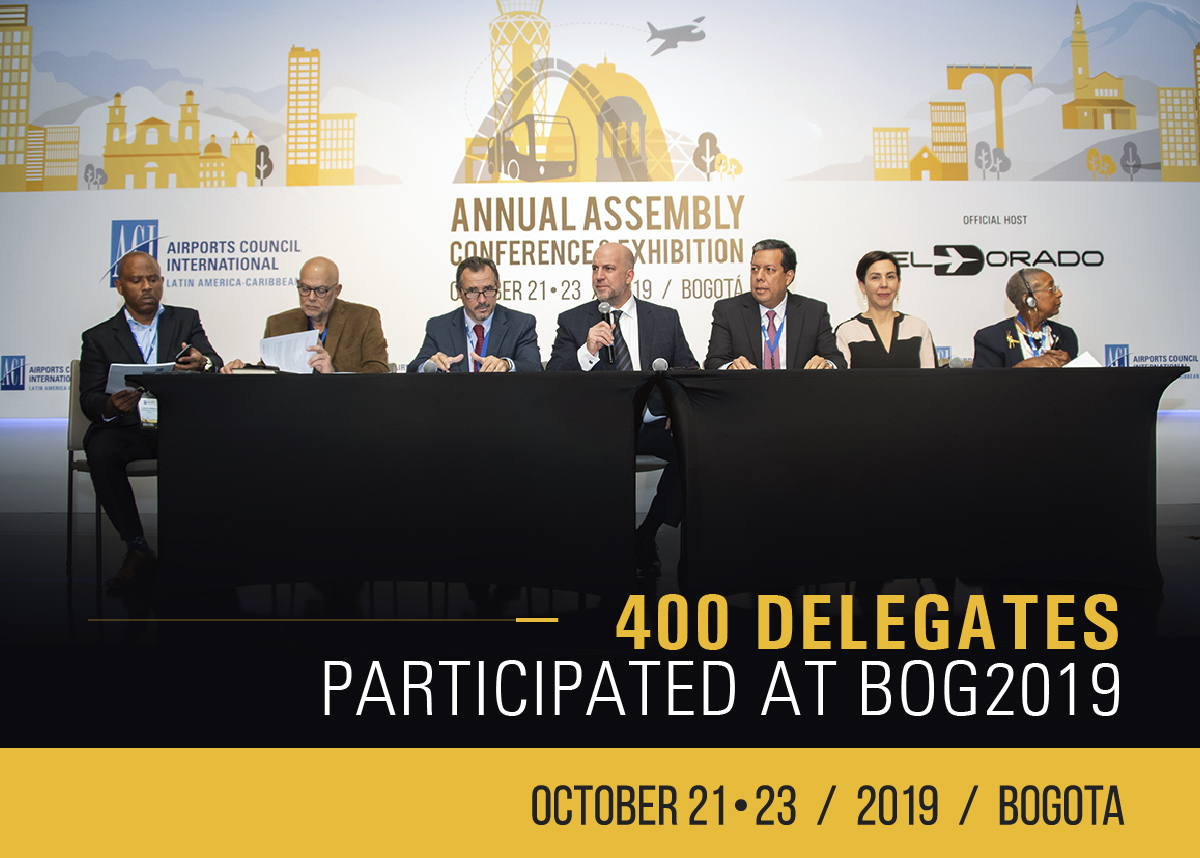 The conference was chaired by Andrew O’Brian, President and CEO of Quiport Corporation and currently President of ACI-LAC. A conference highlight was the outstanding hospitality of El Dorado International Airport, our special thanks to Alvaro Gonzalez, General Manager of OPAIN, S.A.

A graphic representation of the different activities that took place within the event’s framework is listed below.

Pre-Conference Forum
More than 175 delegates gathered in a series of technical presentations the morning of October 21st. The forum’s opening session was led by Pere Mas of ALG. His comprehensive presentation highlighted five areas that will require more work on during the coming years: greater airspace capacity, airport capacity optimization, more efficient airport operations, ground access improvement and the overall management of the environmental problems associated with airport operations.
ACI-LAC Board of Directors Meeting
ACI-LAC’s Board Members reviewed the administrative management of the organization, as well as the progress of various projects and the work of the technical committees. Both Angela Gittens and Javier Martinez, Directors of ACI-World and ACI-LAC presented their respective annual reports.

One to One Business Meetings
For the third consecutive year, the one to one business meetings were held between the ACI-LAC World Business Partners (WBPs) and Airport Directors. The 30 participating companies held 75 business meetings.

Commercial Exhibition
30 companies participated in the commercial display of airport products and services.

Digitization is on everyone’s mind. But, the concept has different interpretations depending on the field in which we are going to act. Specifically, in the airport sector when we talk about digitalization, what do we mean?

The process is based on the need for airport managers, operators and planners to obtain information in a simplified, orderly and simple way on the state of the multiple airport processes, in order to better understand the reality of the airport and, consequently, make the best decisions. A purpose that is complicated in such a complex environment as airport infrastructures.

Imagine a pyramid. At the base, we have multiple systems and devices constantly operating and generating data. At a higher level of the pyramid we find the network of business services in which these millions of data converge, which must be transformed into business intelligence to improve and optimize airport processes.

Conference
Colombia’s Minister of Transportation Angela María Orozco inaugurated the Conference. The welcome remarks were presented by Martín Eurnekian President of Corporación América – Aeropuertos and currently President of ACI World, as well as Andrew O’Brian, President of ACI-LAC and Alvaro Gonzalez, General Manager of OPAIN, S.A. Similarly, Mauricio Ossa, President of OPAIN and ODINSA gave a speech during the opening.

Analysis Report as contribution to the Colombian Airport Sector
Angela Gittens, ACI World Director General together with Javier Martinez, ACI-LAC Director General presented to Minister Orozco, an analysis document on the state of the airport sector in Colombia along with an action plan proposal on initiatives to cooperate with its development. 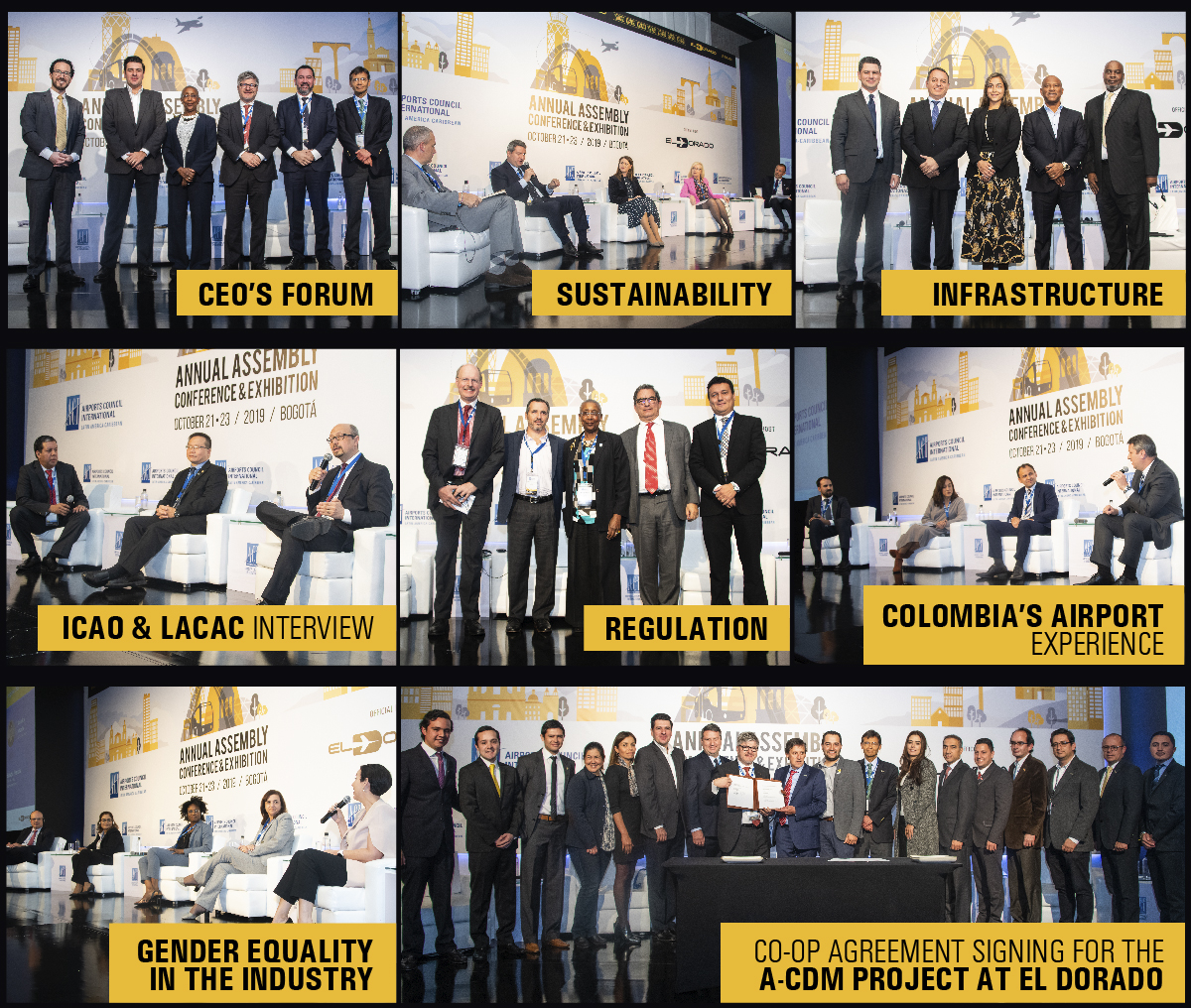 ACI World Business Partners and Airport CEO’s Breakfast
Around 70 delegates participated in a networking breakfast where an Airport CEOs panel on trends and opportunities to improve the passenger experience was held on Wednesday, October 23rd. 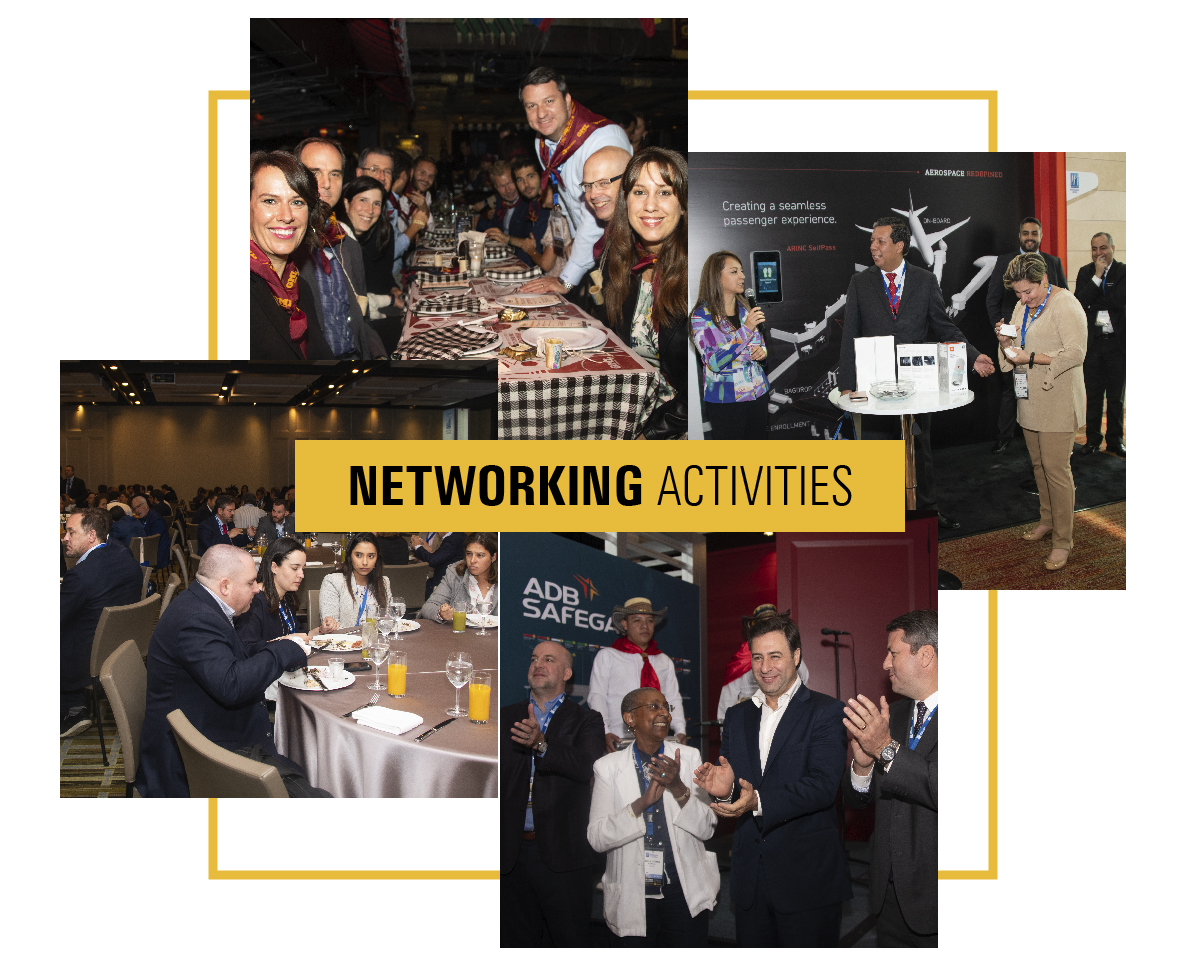 Announcement of the Host City for 2020
Both Mauricio Ossa and Alvaro Gonzalez of OPAIN, and Federico Messina of AA2000, carried out the traditional handover ceremony. Buenos Aires will host the 2020 ACI World/LAC General Assembly from November 9 – November 11, 2020.
Double Farewell
During ACI-LAC’s Annual Assembly, Angela Gittens, ACI World Director General and Javier Martinez, ACI-LAC Director General, who will complete their roles in June and December respectively, received major recognitions and were given two separate awards. 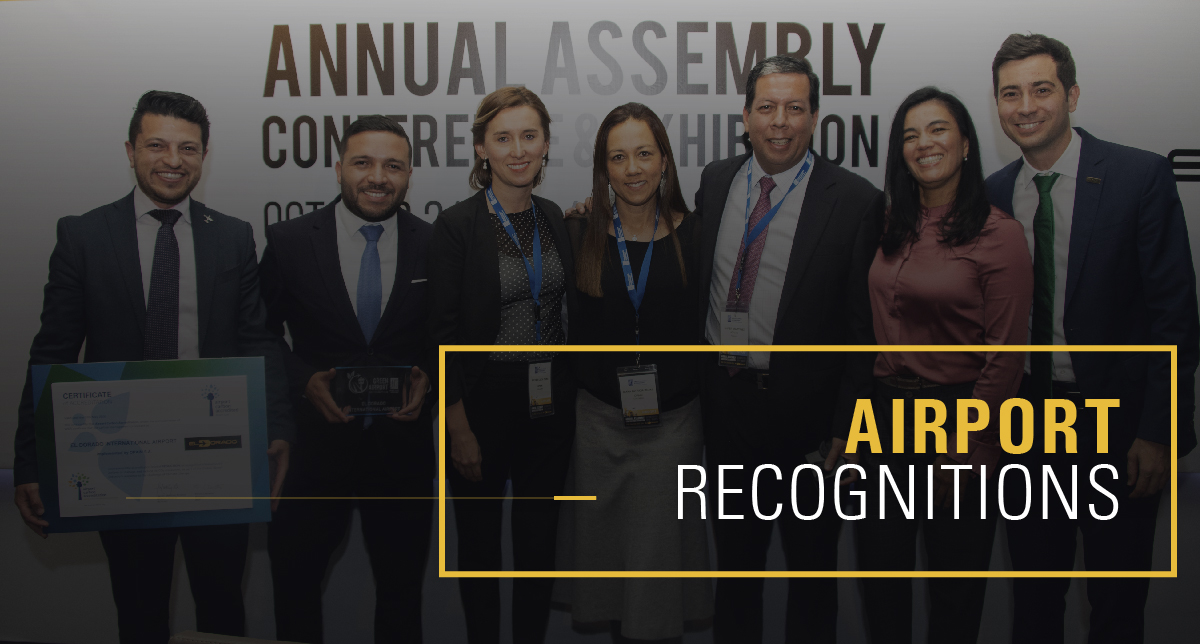 Recognition were given out to airports in the various ACI-LAC and ACI World programs during the General Assembly. Congratulations to the winners!

If you are interested in having your company’s news included in ACILAC
Member News, please email

Airport Flash News
Mark your Agenda for the 2019 ACI-LAC Conference & Exhibition in Bogota!