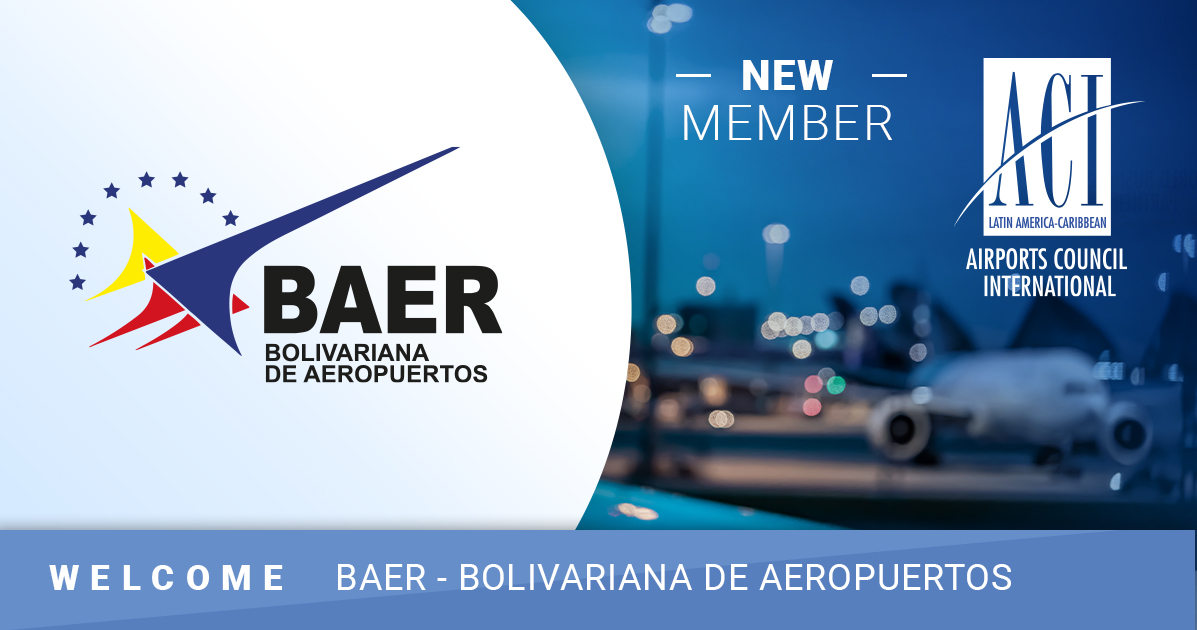 Leonardo Briceño Dudamel, president of Bolivariana de Aeropuertos, expressed his pleasure at becoming a member of ACI-LAC and highlighted the interest of the organization he leads in exchanging experiences with other operators and authorities in the airport sector in Latin America and the Caribbean. “We are very pleased to be members of ACI-LAC and to receive their support to contribute effectively to the industrial and commercial development of the country, in the management of airports, the opening of new commercial routes, facilitation, and quality of service in compliance with world standards and recommended methods,” he said.

Dr. Rafael Echevarne, general director of ACI-LAC, expressed his satisfaction with having Bolivariana de Aeropuertos among its members and assured that the entry of BAER S.A. to the list of member airports is a sign of the interest of the countries of the region to exchange experiences that help to improve, transform and strengthen the airport industry in Latin America and the Caribbean.

Bolivariana de Aeropuertos is a company in charge of managing the operation of 31 Venezuelan airports, 14 controlled and 17 uncontrolled, distributed throughout the Venezuelan territory. It also has a workforce of 2,548 employees who work in the development, improvement and administration of the country’s airport infrastructure.